JoJo Williams was a mason, jack-of-all-trades, and passionate community protector who built essential bridges between community members and artist Lily Yeh in the early days of The Village.

First introduced to Lily by Arthur Hall, Jo Jo acted as a self-appointed guide for Lily, whom many residents initially considered to be an outsider. JoJo was a local resident with “a fiery, friendly spirit,” says Lily Yeh, despite the many hardships he faced. Together, Lily and Jojo designed Ile Ife Park, drawing on JoJo’s masonry skills. JoJo showed Lily how to use chickenwire and cement to make the sculptures. Ile Ife had a ceramics studio, which Lily used to handpaint and make the tiles that decorate the early sculptures that surround The Village.

Williams introduced Lily to Big Man and connected her to many community families. He was a legendary force in the neighborhood until his death from cancer in 1995. 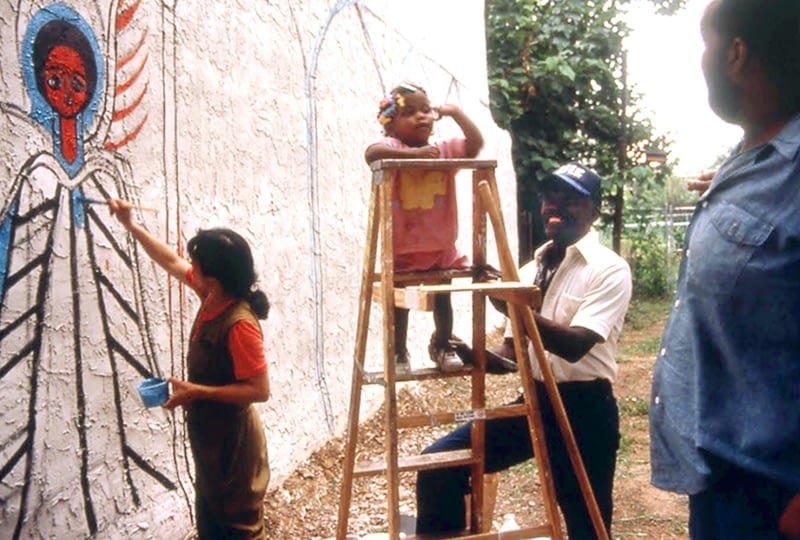