The story of The Village of Arts and Humanities begins with Arthur Hall and the Ile Ife Black Humanitarian Center.

Arthur Hall, born in Tennessee in 1934, was an artistic prodigy in dance from a young age. His mom moved the family north for a better life, and he made his professional dance debut in Washington, DC at the age of 16.

Arthur moved to Philly and met a Ghanaian artist, Saka Acquaye, who taught him African dance and drumming. The experience transformed his life. He decided to devote his life to sharing this culture and heritage with other black people. Arthur said, “I saw in the dances a chance to bring grandeur back into blackness.”

For years, Arthur taught dance in living rooms or basements, wherever he could get space. He worked in a button factory to support his dance career and dance classes.

Eventually, his “Afro-American Dance Ensemble” gained enough money by performing to renovate a building — this building here (2544 Germantown Ave), which was then an abandoned furniture warehouse.

Arthur Hall was not originally from this neighborhood. His friendships with community members, especially a jack-of-all trades named JoJo Williams, helped him to make Ile Ife a success. This started our legacy of partnerships between visiting artists and community members.

The first floor was the dance studio and is still used for that purpose today — those are the original mirrors.

In the early 1970s, many young people joined gangs for safety and community. Arthur was famous for walking up to young men standing on the corner and inviting them to come check out Ile Ife. “5 minutes later, there you were, drumming or dancing, and you saw there were girls there, and you were sold,” remembers Brother Kwasi, one of Ile Ife’s original members. Today he’s a Grammy-award winning drummer and full-time musician.

Ile Ife became a groundbreaking organization in the Black Arts Movement and influenced the whole country. People came from the neighborhood and all over the city to learn the dances. Ile Ife traveled the city, the country and the world as a touring dance company.

Ile Ife was supported by the Model Cities Program, a program of the War on Poverty that funded community arts centers across the country. Arthur became the Director of Model Cities in Philadelphia for a time.

It was also a spiritual center, as Arthur installed several shrines to Yoruba and Akan deities and people came here to worship.

Arthur hired Lily Yeh, a young Chinese artist then studying at the University of the Arts in Philadelphia, to create a park in a vacant lot bordering the Ile Ife building. He asked his friend JoJo Williams to help her.

Together, Lily and Jojo designed the first art parks on our campus. In 1988, Arthur Hall left Ile Ife Black Humanitarian Center as its executive director to return to being an artist. Lily Yeh had been teaching art at Ile Ife and working on its parks for several years, and had found relationships and support in the neighborhood through her friendship with JoJo. She became the director of the new Village of Arts and Humanities.

Arthur Hall passed away in 2000, in Maine, where he lived among friends and was a celebrated dance teacher. He said in 1991, “We have changed the world through our music and dance. There is no place you go without listening to black music. There is no place now where you go and people are not dancing like black people. We have touched the heart of the world. I call this the quiet revolution. We have changed the world, and we didn’t use a gun.” 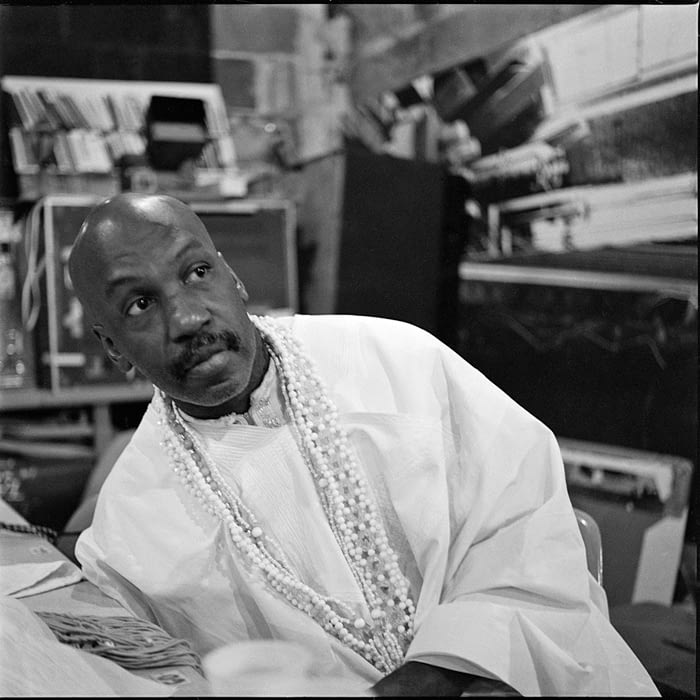